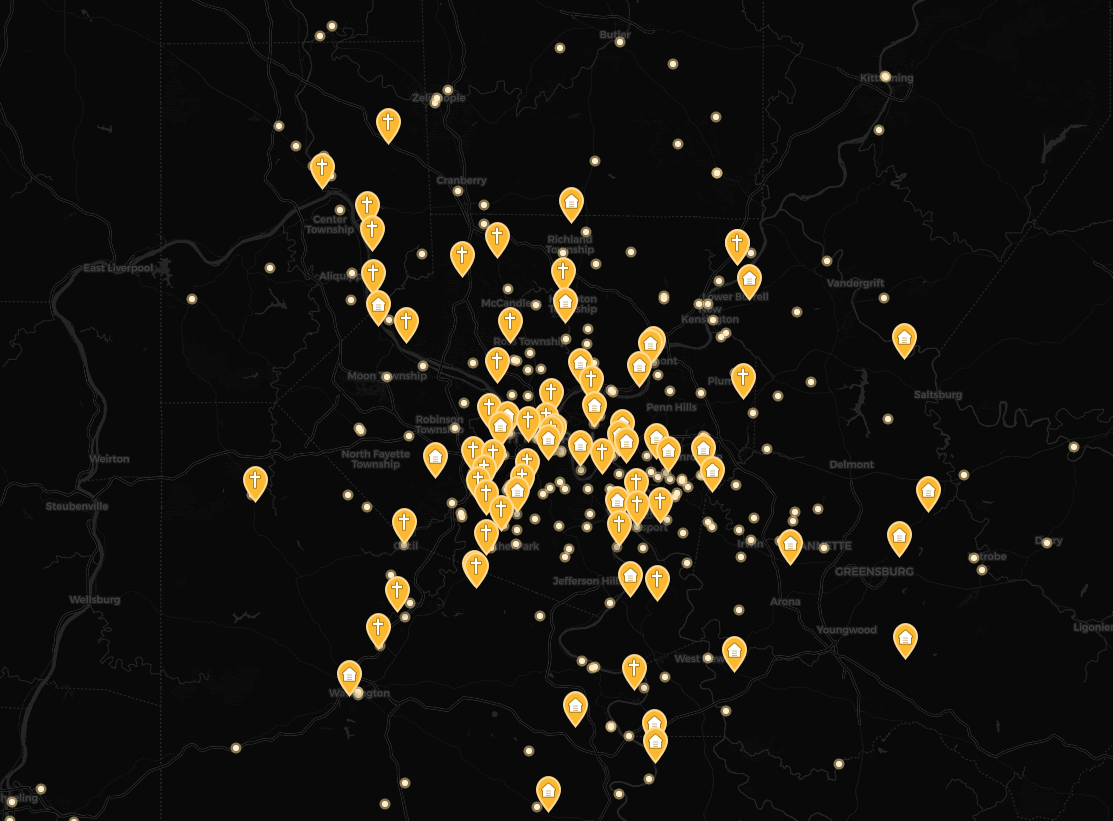 “It’s such a quintessential Pittsburgh thing,” Barmer says. “They have it a lot of other places, but it’s really special here, and it brings together people who wouldn’t encounter each other otherwise. I look forward to it every year.”

And, for the last five years, Barmer has been the driving force behind a highly popular self-created Google map, showcasing the locations, hours, and menus, of hundreds of Western Pennsylvania fish frys.

The Swissvale technical writer and editor started her first fish fry map on a whim in 2012, as a way to keep track of the weekly fish frys in her area. It’s grown every year, and in 2015, the map featured 234 locations, ranging from churches and fire halls to small businesses.

Barmer spends about 10 hours each year creating the map, which relies mostly on reader-submitted entries.

“It’s a labor of love,” she says. “People take pictures of menus and send them to me, so a lot of time is spent just copying those into each entry.”

In addition to listing the hours and menus of most locations, the map also offers an easy-to-follow color-coded guide.

Since launching the map, Barmer has tried dozens of fish frys in the area, and has a few insider picks she visits every year.

“While the map doesn’t play favorites, I go where I can, and since I live in Swissvale, I’m a big fan of the Swissvale Fire Department’s Fish Fry,” Barmer says. “They have great fish sandwiches, and they have beer-battered grilled cheese – it’s delicious.”

Another must-try spot is the Corpus Christi Parish Fish Fry in McKeesport.

“They serve homemade haluski, but they don’t use haluski noodles – they use the trimmings from their homemade pierogies. That haluski alone is definitely worth the trip.”

The map will continue updating throughout the season. To submit event information, visit the map’s Facebook page.

Sign up to receive email updates and news from GoodFoodPittsburgh.